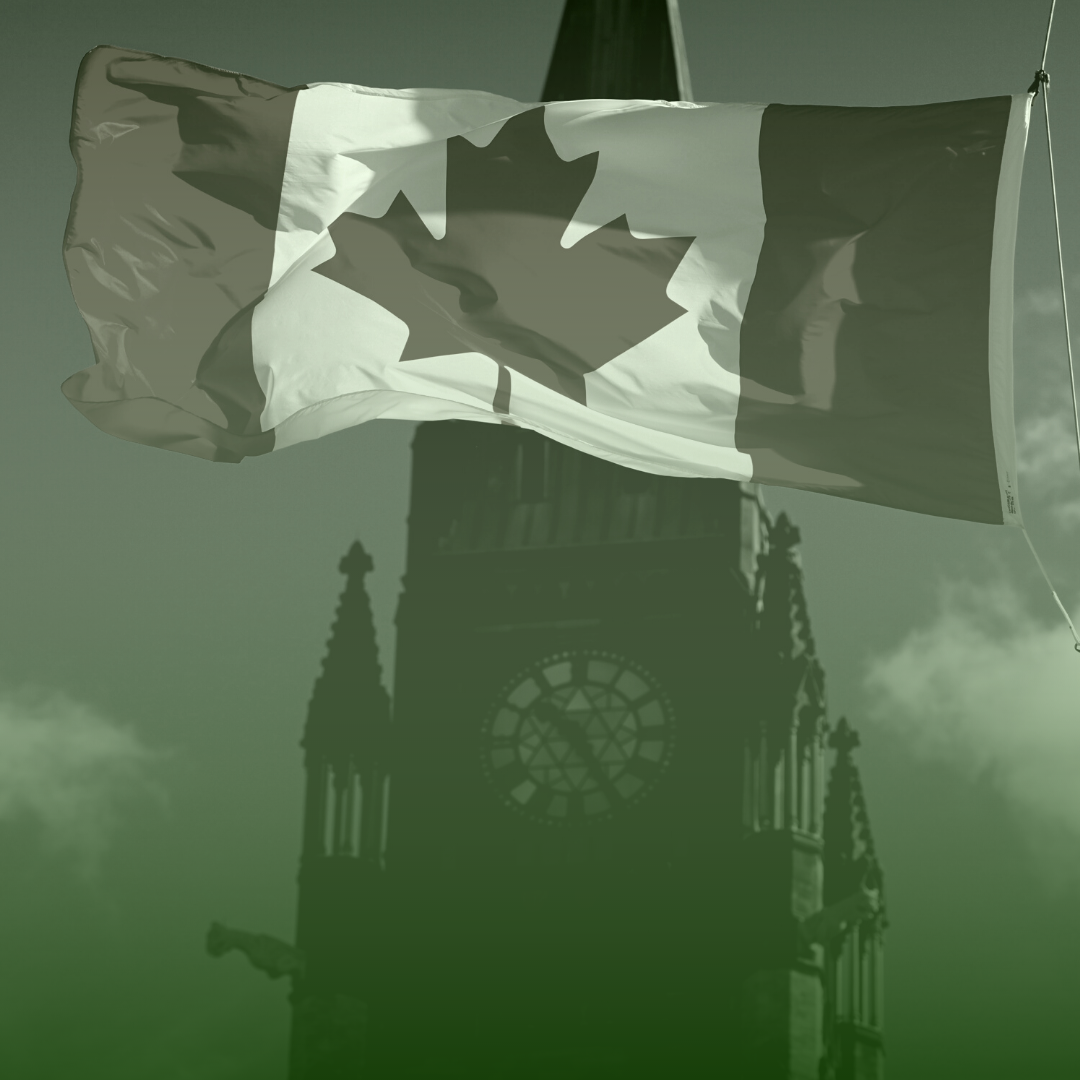 Oh Snap! The Election Nobody Wants Is Here...(Probably).

Oh Snap! The Election Nobody Wants Is Here...(Probably).

Canada is no stranger to snap elections, and many expected the minority government to call an election before their term was up. Heading into an ominous, Delta variant-driven fourth wave and only two years into this government's mandate – the circumstances surrounding this election are unprecedented on the federal stage.

Just yesterday, the New Democratic Party (NDP) platform was released ahead of the election call. Many of the campaign promises reflect NDP platforms from past years including commitments on health-care, job opportunities, increased taxes for the top taxpayers, climate action, and decreasing economic inequalities. Read their news release here.

In the coming days, Canadians might see similar activity from the other federal parties.

So, what do we know?

In the past week, both the NDP and the Conservative Party of Canada (CPC) have released statements urging the Liberals to hold off on an election call. As leaders strive to convince Canadian voters that they would be the best person to guide the country through the remainder of the COVID-19 pandemic, the official opposition and other federal parties have made it clear that the election call serves the interest of the Liberal Party of Canada (LPC).

Despite the other federal leaders urging Trudeau not to call an election, sources suggest Trudeau could send Canadians to the polls on either September 20th or 27th. While generally trending down somewhat in recent weeks, most polls still place the Liberals in the lead. Ottawa is abuzz with rumours that the Prime Minister will stroll over to Rideau Hall this Sunday to pay a visit to Canada’s Governor General, Her Excellency, the Right Honourable Mary Simon to request the dissolution of the 43rd parliament and that an election ensue. You can bet that the Governor General will act on his advice and that, soon after, the campaign buses will be rolling.

The Liberals are pining for a majority, but if history is any indication, polls are not always to be relied upon. And as seasoned politicos remind us: campaigns matter!

This is partially attributed to the fact that polls can struggle to pinpoint an accurate prediction of voter turnout, especially with the unknown impacts that the pandemic will have on turnout. Heading into this election, reports indicate a degree of voter indifference and a lack of engagement. The polls have the LPC in a narrow lead, but the campaign period will matter in determining the outcome of the election.

On May 25th, 2021, the House of Commons adopted a Bloc Québécois (BQ) motion declaring it would be irresponsible to hold a federal election during the COVID-19 pandemic. At the time, 327 Members of Parliament from all political stripes voted in favour of this motion, urging the government to avoid a pandemic election at all costs. House of Commons motions are not binding, and the Liberal government is under no obligation to adhere – as we are about to see demonstrated.

But public safety in a pandemic might not be the only reason the parties, other than the Liberals, are not keen on an election right now. After all, the opposition Conservatives did vote to bring down the government during confidence votes just a few months ago, in April, as well as October of last year.

The opposition parties, and others, have quickly jumped on a possible election as an opportunistic power grab by the governing Liberals, an attempt to turn their wobbly minority into a four-year lock on government.

The reality is that the opposition parties face unique challenges and internal divisions of their own, something which the Liberals would happily take advantage of.

The CPC is showing signs of division heading into the snap election. On July 1st, Party leader Erin O’Toole and deputy leader Candice Bergen posted Canada Day acknowledgements that were seemingly at odds with one another. Many consider the divergence in messaging to reflect the rift that has been growing in the party for years. National Observer reporter Andrew Perez writes that the “stark policy cleavages over the past year have bitterly divided O’Toole’s Conservatives into two broad camps”. There have been several disagreements in the party on what appear to be fundamental beliefs on the social and economic direction of Canadian policy. Nepean-Carlton MP Pierre Pierre Poilievre caught the attention of his caucus colleagues and party insiders with some campaign videos that seemed better suited to a leadership race than a local campaign. Of course, nobody would dare be so bold as to make a grab for the crown so soon – not while the leader still occupies the throne!

On Sunday, August 8th, BQ leader Yves-François Blanchet denied allegations that he broke any party rules to knock a candidate out of the race. An open letter signed by 30 party members accused Blanchet of “breaking the democratic principles of Rene Levesque” by refusing to host an assembly to remove BQ MP Michel Boudrias, the candidate representing the Terrebonne riding. Last week, the National Office of the BQ suspended party nominations until August 23rd and moved to select BQ candidates to represent the party without the direction of party members. The open letter called on BQ members to withhold their votes in the next federal election, but some MPs have vocalized their opposition to the letter. This rift is not well timed for the BQ, as the party aims to build on its success in the 2019 federal election, winning 32 ridings.

As noted earlier, yesterday, the NDP released “commitments for Canadians”, a platform that includes policy pledges on national childcare, fully paid sick leave for workers, forgiving $20,000 in student debt and imposing higher taxes on the “ultra-rich”. Federal NDP Leader Jagmeet Singh has spoken out against a snap election, urging the Prime Minister not to call an election and even going so far as to publicly request Governor General Mary Simon not approve the request to dissolve parliament.

The turmoil within the Green Party of Canada and the leadership of Annamie Paul has continued, internal power struggles and legal battles posing as a threat to the party's campaign readiness. In less than a week, the party has seen two major staff losses and sources report that the party is in a dire financial situation as a result of the ongoing legal dispute surrounding Paul’s position. Political observers and journalists have rightly questioned the capacity of the Greens to run a coherent national campaign in the midst of this turmoil.

The dilemma on many voters' minds is if they should be voting based on how well the current government responded to COVID-19, or if they should be thinking about post-pandemic plans and securing a path forward. This dilemma will play itself out throughout the campaign period and will likely have a significant impact on the framing of the “ballot question” on September 20.

Hamish Telford, a political scientist and professor at the University of Fraser Valley, noted with interest that John Horgan called a snap election in British Columbia just as cases began to rise in the province and managed to turn that into a majority. Similarly, he sees Prime Minister Trudeau is hoping to secure a majority vote before the fourth wave truly takes hold.

In recent months, Trudeau has been vocal that it has been increasingly difficult to pass legislation in the House of Commons while depending on opposition parties, going so far as to call parliament “toxic”. If that is the case, securing strong post-pandemic recovery plans will prove to be incredibly difficult for parliament considering the conflicting priorities and opposing opinions on appropriate COVID-19 solutions. Trudeau is hoping that Canadians see things the same way.

A poll commissioned by the Toronto Star and conducted by Mainstreet Research this week reports that 65 percent of respondents do not think this is a good time for an election. It makes sense that voters are concerned about the safety of heading to the polls – but Elections Canada reports that it is ready to host a safe election without having to make legislative changes.

Just last week, Chief Electoral Officer Stéphane Perrault explained that many frequent voting locations will need to be changed, as schools and community centers may not want swarms of voters lining up at their doors. Perrault made it clear that voters can entrust Elections Canada to deliver a safe pandemic election with trustworthy results. Whether or not voters will agree is another question entirely. As we saw with the American presidential election in 2020, last-minute changes in election protocol do not typically breed confidence in the voter population.

Mail-in ballots and distanced in-person voting does mean changes for voters -- like going to unusual voting locations or having to wait longer than usual for the election results. CEO Perrault assures voters these are simply safety measures and not a reflection of nefarious activity.

Canada’s Chief Public Health Officer, Dr. Theresa Tam, has warned the public of a variant-driven fourth wave, the seriousness of which she sees as largely dependent on vaccination uptake.

The government would be rolling the dice that the situation does not deteriorate too rapidly or, if it does, that the public pins the blame on provincial governments for not managing the pandemic well. But if the situation gets too out of hand, could it affect the mechanics of the election itself? Time will tell, but Newfoundland and Labrador’s chaotic election earlier this year saw the impacts of COVID-19. Just as the campaign got underway in January, so did a Covid outbreak which swept through St. John’s and saw the province put in lockdown. Finally, with poll workers resigning en masse and fear in the air, the province cancelled in-person voting just days before the February 19th election day and replaced it with mail-in ballots due on March 25th, resulting in the lowest voter turnout in the province’s history.

Might history repeat itself so soon and on a national scale? Stay tuned...

Now What? The Election Monitor

Delphic was built on the idea that better information generates better results. Doing things differently rests at the core of our organization, and the upcoming election is no different.

Delphic Research’s  Election Monitor is designed to provide real-time, customized insights for clients as election developments occur and is powered, in part, by reporting and insights, by trusted partners like the Canadian Press and Blacklock’s Reporter.

As Canadians await the writ-drop, federal party leaders are speaking out and announcing their campaign promises. Changes are expected hourly and Delphic Research is committed to providing timely and relevant election coverage that impacts public policy in the longer run.

Visit www.electionmonitor.ca to be in the know as #Elxn44 unfolds.