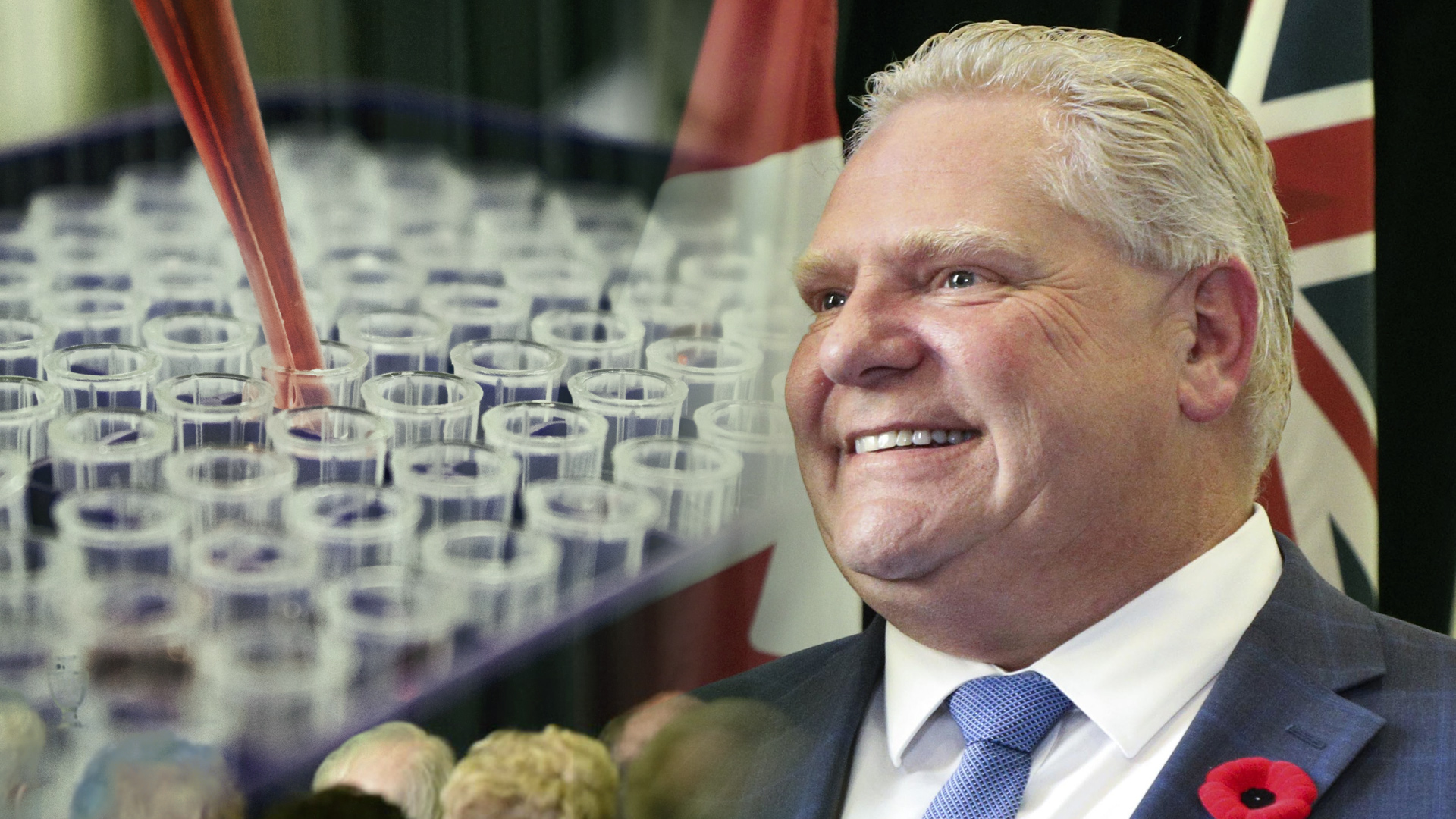 Why you might (or might not) be charged for routine cancer bloodwork: election campaigns and the fog of war

In the final week leading up to the Ontario election, a curious controversy suddenly emerged.

On May 28th, an Ontario resident took to Twitter and shared that they were charged $86 for routine cancer screening bloodwork at a community laboratory – bloodwork that typically had been covered by the province’s health insurance system. That tweet led to a flurry of comments and examples of people speaking out about how they, too, had been charged for blood tests. Many Ontario residents began to argue that the Government of Ontario, under Premier Doug Ford, is shifting the provincial health care system towards privatization and for-profit clinics.

In the past, the Progressive Conservative Party of Ontario have been accused of quietly privatizing health care. For example, the Ford government was seen as behind a form of stealth privatization of PCR testing for COVID-19 by restricting eligibility and access, resulting in people complaining that they now had to pay out of pocket at private labs. Some are worried that the $86 routine cancer screening bloodwork is a quiet attempt by the Progressive Conservative Party to do the same. However, it would be an odd move by the party to push toward the privatization of laboratory testing during an election campaign. Why do this now, and why not wait a few weeks?

But was the government actually trying to advance privatization in the middle of an election? Certainly, if it did, it would be seen to represent a major challenge to Medicare and the Canada Health Act with the potential to create a perhaps unfavourable ballot question of the Ford PC's. The Canada Health Act, 1984 requires provincial health insurance plans to be public administered (on a non-profit basis). The Canadian Health Act does not preclude private facilities or providers from supplying insured health care if the insured person is not charged for these services. However, the Canada Health Act does prohibit insured persons being charged out of pocket for a “medically necessary physician service” — and physician-ordered diagnostic laboratory and imaging services have long been viewed as operating under that umbrella.

However, Ontario’s Ministry of Health states that no laboratory tests have been de-listed (i.e., removed with no replacement) from the Ontario Health Insurance Plan (OHIP)’s Schedule of Benefits for Lab services since 2017, despite tweets of Ontarians being charged for bloodwork screening tests. So, what is going on?

Laboratory tests sometimes do get de-listed over the years, so it is not unusual for the government to de-list certain laboratory tests that may no longer be supported by evidence and be replaced by different diagnostic approaches. For example, vitamin D testing of the general population was de-listed from OHIP by the McGuinty Liberals in 2010, citing evidence that widespread vitamin D testing was medically unnecessary. But what is unusual in the case of cancer bloodwork is that there is no clear explanation as to what is going on and why patients are being charged.

LifeLabs – the community laboratory provider who was cited as the community laboratory company charging residents – also released a statement regarding the issue, stating that laboratory services are governed based on partnerships with the provincial government. The statement also stated that LifeLabs cannot bill individuals with OHIP coverage for tests that are covered by OHIP. So, if the test is covered under OHIP, and LifeLabs has not denied charging residents $86 for laboratory testing, what is the truth?

What seems to be the most reasonable explanation is the stricter criteria under OHIP-covered services that were changed in 2020.

According to the Schedule of Benefits for Laboratory Services document, there are several rules under section 1.4 that must be followed for the test to be covered by OHIP. Some blood tests may only be insured if it is ordered by a specialist, meaning charges will apply if the test is prescribed by a general practitioner. While for others, a test may only be insured for those with certain diagnoses. Is it possible that patients who were being charged was in response to the 2020 eligibility changes under OHIP? This seems to be the most logical consideration.

As we look back at the election, it is important to consider the misinformation, disinformation and unclear messaging embedded within the extra charges residents are facing. Could this be campaign mischief? Or could it be that an election campaign can have an unconscious effect of putting a different light on things, causing us to notice things that we hadn’t before? After all, there is evidence that these changes may have gone into effect two years ago. However, the political exigencies of a campaign — the lack of transparency and a straight-up answer as to what actually occurred — are the kind of thing that fuels skepticism and distrust in the political process. That’s the last thing politicians should want to do, isn’t it?