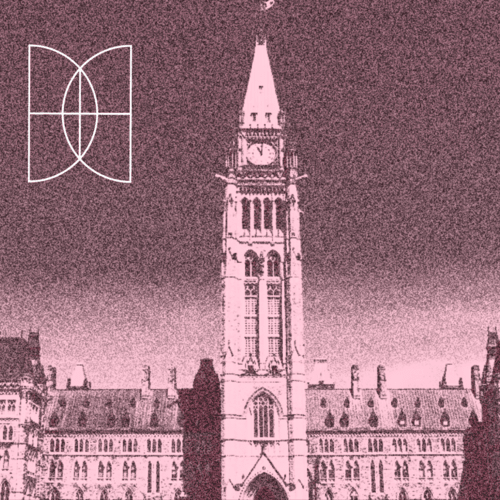 After a six-week recess, Parliament is back with the House of Commons to resume sitting on January 25th and the Senate returning on February 2nd.

In normal times, the 26 committees of the House and 18 committees of the Senate would be engaged in studies and hearing from witnesses on a range of federal government policies, programs, and services on which Canadians rely. The theatre of daily Question Period would see the government of the day fending off attacks from the opposition parties on a dozen or more different issues.

However, with 150-200 Canadians dying each day due to COVID-19, the issue set this Winter session of Parliament is sparse. The pandemic, the economy, and speculation surrounding the timing – this spring or fall – of the next general election will dominate federal political discourse and media attention.

Last week, former President Trump left to golf in Florida, while President Joe Biden’s inauguration dominated airwaves around the globe. Here at home, former Governor General Julie Payette ‘got quit’ in a blistering 24-hour news cycle of leaks, a scathing report, resignation statement, and terse release from the Prime Minister’s Office (PMO). But these events are disappearing in your rear-view mirror. Tomorrow, and the weeks and months ahead, are what matter.

The opposition parties will use parliament’s return to hammer the Liberal Government on the disruption and delay of vaccine deliveries, the continuing fragility of small businesses in our economy, and the Liberal Party’s aggressive preparations to be campaign-ready for an election that everyone [and their dog] says they do not want. And with 12 House of Commons and 2 Senate committees conducting COVID-related studies, witness briefs, and testimony will provide an endless inventory of material to relentlessly batter the government.

For those of us in the life sciences ecosystem, issues of pharmaceutical policy and our sector’s underappreciated impact on human health outcomes and economic growth will receive unprecedented airing and attention for the foreseeable future.

Enter the Standing Committee on Health

Into this spotlight steps the Standing Committee on Health (HESA). HESA is poised to study the critical issue of the Government’s vaccine procurement strategy, continue its ongoing study of the situation facing Canadians in light of the second wave of the pandemic, and the highly technical, but very relevant, inquiry into the Patented Medicine Prices Review Board’s (PMPRB) guidelines slated to take effect on July 1, 2021.

Tonight, HESA members will discuss whether they should undertake a study of the government’s COVID-19 vaccination strategy. Conservative shadow Health Minister, Michel Rempel Garner, and NDP Health Critic, Don Davies, will tag-team to get this study to the committee’s work plan, assuming the combined opposition majority on HESA will support them. Once it is up and running, look for executives from Pfizer to be summoned to appear and explain delays in vaccine deliveries to Canada.  In addition, the Minister for Public Services and Procurement, the Hon. Anita Ananda, will be invited to appear and provide more clarity on Canada’s contracts with all vaccine manufacturers. To his credit, NDP Health Critic Don Davies has been vocal on this contracts issue for several months as his Twitter feed can attest.

The appearance of Pfizer executives at HESA, Canadian or global, will likely veer into the domain of the committee’s PMPRB guidelines study. It is anticipated that some opposition MPs will try to position the vaccine delays as “Big Pharma leverage” to force Canada to further delay or abandon its PMPRB guidelines reform and modernization efforts. It promises to be fascinating for policy and political wonks to study.

Turning to the PMPRB guidelines and broader reform process, the six-month delay (the third delay in as many years) allows HESA to hear from more witnesses on their impact. HESA received 68 detailed submissions in just under two weeks last November. A Financial Post Op-Ed from January 18th succinctly covers who favours and who is opposed to them. Regardless of one’s view on the merits of the reforms, those who opposed them have written comprehensive briefs that highlight dozens of real (with case studies and detailed examples) problems with implementation, interpretation, and governance of the regime. On the other hand, supporters of the changes have offered up little more than predictable and tired anti-pharma tropes and platitudes.

Patient organizations and health charities are emboldened as their advocacy with multiple online petition campaigns and on social media, especially Twitter, seems to be paying off. Leading clinicians and researchers, who have mostly been silent to date, are expected to also weigh in with their concerns and opposition later this winter. A common criticism of the PMPRB reform process is that it was too complicated and unworkable; critics point to the fact that the PMPRB is in the throes of yet another consultation, even though its October 2020 newsletter left the impression that they were ready to implement on January 1st, which is demonstrably not true.

Opponents of the PMPRB reforms received a powerful boost on January 21st as Life Sciences Ontario released public opinion polling from Ipsos and a candid survey of 43 national and global pharma leaders on the impacts already occurring as a result of the proposed reforms . Overwhelming stakeholder opposition to these reforms, along with three delays of the regime coming into force and the fact that COVID-19 vaccines and therapies have been exempted from the regime, is fueling speculation that Health Minister Patty Hajdu is looking for a way out of the policy mess, which some detractors pin on her own PMPRB officials.

The other side of the PMPRB coin is the simmering debate over National Pharmacare. The New Democratic Party (NDP) has long advocated for and positioned Pharmacare as unfinished business in the Tommy Douglas legacy of universal healthcare. NDP MP Peter Julian is championing Bill C-213, An Act to enact the Canada Pharmacare Act. The Bill is in the early stages of the parliamentary process and is not expected to proceed quickly. Nonetheless, the NDP and many left-of-centre civil society groups and the national trade union movement are mobilized around this issue. They see the PMPRB reforms process as a convenient prerequisite and eventual enabler of National Pharmacare.

The fly in the ointment for proponents of National Pharmacare has been and remains the provinces, who are the ultimate deliverers of healthcare, along with the bulk of publicly reimbursed prescription drug coverage in Canada. Pharmacare will not happen without provincial and territorial input, a point that was reiterated again by the Council of the Federation back on March 11th, the same day the World Health Organization declared COVID-19 as a global pandemic.

As noted earlier, the other dominant file is the economy. Deputy Prime Minister and Finance Minister, the Hon. Chrystia Freeland, is expected to table a federal budget later this winter or early in Spring.  She is expected to lay out a three-year economic recovery plan with up to $100 billion in new measures and spending which was first announced back on November 30th in the Fall Economic Statement.

All of this – parliamentary machinations, the minutiae of committees, daily media coverage and the next federal budget – collides and concludes with Ottawa’s favourite minority-parliament pastime: election speculation. The consensus of those who cover federal politics and those who work in Ottawa is that an election will occur in 2021, either this spring or in the fall. Some observers also believe that it is Prime Minister Justin Trudeau who controls the timing, whether by engineering his own defeat with a federal budget that the opposition parties cannot support or by asking the Governor General, if and when one is appointed, to dissolve Parliament.

Finally, Paul Wells, who covers national affairs for Maclean’s, recently wrote an incisive piece for the 2021 edition of the magazine’s Power List, which helps explain why informed observers believe the timing of the next election is solely in the hands of the Prime Minister. Given how visible and central Justin Trudeau is to Canada’s COVID-19 response, our economic prospects and the timing of #ELXN44, it is worth a read.

Delphic Research will continue to monitor national political developments and advise clients on implications for key files and their corporate interests. Be well, be safe and remain with us to stay informed. We are #InThisTogether.